Are you looking to upgrade your bathroom? Frameless shower doors are practical, sophisticated, and stylish. Here are the benefits…

It is a bit of a modern myth that good hygiene – especially when it comes to rinsing yourself – is a new idea. There is plenty of evidence to show that baths and showers, in one form or another, have existed for thousands of years. For example, the Minoans of over 3,000 years ago took a lot of time and effort with their water and bath systems.

Likewise, the tradition to turn a bathroom into a sanctuary of relaxation is as old: just look at the beautiful bathhouses of the ancient Greek, Roman and Indus Valley civilisations. But there is one thing they never had and would have loved to own: the frameless glass shower door. Here’s why:

It is very stylish

It is called the ‘bathroom’, but more and more this area is being identified for its shower. Showers are terrific and even the ancient Romans, known for spending their time in bathhouses, not only had showers but loved using them. A shower represents all that a great bathroom should be: relaxation, timelessness and a cocoon of sanctuary from the busy world around us. 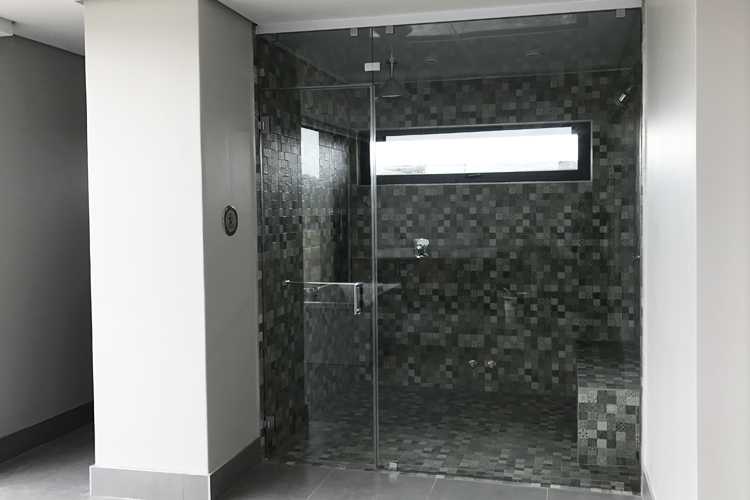 In this scenario frameless glass shower doors are a perfect fit. The lack of hard edges and cold metal allows light to stream across the room, making it feel bigger. Frameless glass doors also show off the tile work in the shower, adding to the experience before you’ve even gotten your head wet.

It is very strong

One common misconception about frameless glass shower doors is that they are fragile and may even be dangerous. This couldn’t be further from the truth: frameless glass doors are made from sturdy material and can be quite thick. If you ever had the unfortunate luck to trip and fall, it won’t be through one of these. All materials conform to prescribed safety standards and manufacturing specifications according to SASEMA. (South African Shower Enclosure Manufacturers Association)

The lack of a frame also means there is far less metal in the shower. This reduces corrosion and the inevitable replacement of metal in your bathroom. It also adds value to your property, not only in reducing maintenance, but your bathroom looks better for longer – one less thing to worry about during the Open House.

Bathrooms are usually not giant spaces, which can make some design tasks a bit tricky. Often a person would like the toilet space to be separate and you can achieve this with the same glass and frameless design as your shower door.

Now, you can have your privacy by having the toilet in a separate space and it allows a second household member to use the bath/shower portion without the downside of privacy, odour, etc…

The curse of a bathroom is mildew. You can scrub and clean the surfaces all the time and yet fungi of all sorts will make their way into the cracks and crevices. What can we say: you have to tip your hat at the resilience of nature when finding places to thrive.

Shower doors are not exempt: the metal frame on a traditional door is prone to capture water, which in turn creates nice homes for mold and mildew. Cleaning those edges is a real chore and a prime reason why many showers start looking a bit dingy. But frameless glass shower doors don’t have those hard-to-reach spots. They are very easy to clean, and the smoothed edges make sure there is no chance of cutting yourself while doing so. The design also uses rubber seals, so water doesn’t leak into the rest of the room, thus reducing even more potential mildew areas. 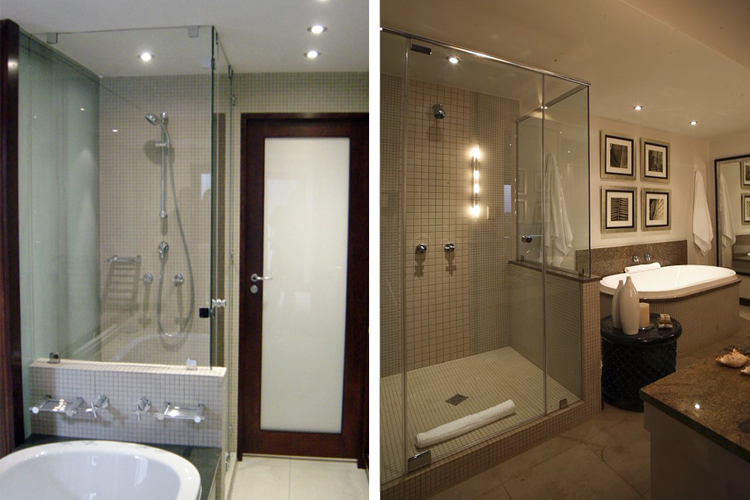 It is made to fit

Let’s not beat around the bush here: if you are considering a frameless glass shower door, you are not installing a shower at a commune. Such a door is an investment, so you are clearly spending some time and effort to improve your washroom facilities. In other words, you are not looking for what is cheap, but what is right.

Frameless glass doors are made to order, so you don’t have to design your entire shower around the door – or order the door and then hope it will fit. A good frameless glass shower door is a perfect fit every time.

Shopping Basket
We use cookies on our website to give you the most relevant experience by remembering your preferences and repeat visits. By clicking ACCEPT or continuing to browse the site you are agreeing to our use of cookies.

This website uses cookies to improve your experience while you navigate through the website. Out of these, the cookies that are categorized as necessary are stored on your browser as they are essential for the working of basic functionalities of the website. We also use third-party cookies that help us analyze and understand how you use this website. These cookies will be stored in your browser only with your consent. You also have the option to opt-out of these cookies. But opting out of some of these cookies may affect your browsing experience.
Necessary Always Enabled
Necessary cookies are absolutely essential for the website to function properly. These cookies ensure basic functionalities and security features of the website, anonymously.
Functional
Functional cookies help to perform certain functionalities like sharing the content of the website on social media platforms, collect feedbacks, and other third-party features.
Performance
Performance cookies are used to understand and analyze the key performance indexes of the website which helps in delivering a better user experience for the visitors.
Analytics
Analytical cookies are used to understand how visitors interact with the website. These cookies help provide information on metrics the number of visitors, bounce rate, traffic source, etc.
Advertisement
Advertisement cookies are used to provide visitors with relevant ads and marketing campaigns. These cookies track visitors across websites and collect information to provide customized ads.
Others
Other uncategorized cookies are those that are being analyzed and have not been classified into a category as yet.
SAVE & ACCEPT